eeuunikkeiexpat wrote:It is not the first generation that does seem to work hard and do not cause problems that is the issue, it will be their children (many will be Chilean by birth) that will cause problems as they copy Chilean laziness, form gangs and commit crime.

Saw a report on Chilean TV where an illegal Haitian couple said that the wife was pregnant so that the child will be a Chilean citizen thus granting citizenship to their parents.

Talk about taking the really hard way to get citizenship. That lady sounds like she is in for surprise. Citizenship does not work that way.
Spencer Global Chile: Legal, relocation, and Investment assistance in Chile.
For more information visit: https://www.spencerglobal.com
From USA and outside Chile dial 1-917-727-5985 (U.S.), in Chile dial 65 2 42 1024 or by cell 747 97974.
Top

...and AFAIK Chile doesn't have Jus soli for non-residents.

I'm not following Chilean TV but yet to see other candidate that reposted on Facebook so much.
Top

don't know I have mixed feelings about lagos. He was president when I arrived in Chile. He was an O.k. president, but nothing very memorable. Perhaps that is how a president should be. He obviously though was getting way too old to be president.
Spencer Global Chile: Legal, relocation, and Investment assistance in Chile.
For more information visit: https://www.spencerglobal.com
From USA and outside Chile dial 1-917-727-5985 (U.S.), in Chile dial 65 2 42 1024 or by cell 747 97974.
Top

What blows me away about all the left's proposals for increasing pensions, is how badly they miss the mark on what is wrong with the current pension system.

Number one, is how badly the stock brokers in Chile suck at their job. Yea, they complain about the fees these guys are charging, which are a lot (like 5%+), but that is typically not a problem for most people as long as they are making money. I don't recall the exact figures, but of the three types of AFP pensions last year there was like one type that actually had a positive return and it was the conservative bond type. The higher-risk ones had negative returns. I don't understand how that is possible, when the over all IPSA in Chile was up over 12% last year. If you just bought an index fund of the IPSA, you would be sitting pretty. That is apart from actually actively picking some winning stocks. If you had simply picked like the 10 largest companies in Chile last year, you would be up over 30% (or more). It was one of the best performing stock markets in the World last year. How do you get negative returns, unless you are actively trying to loose money (even a lot of the crappy companies had positive returns last year)?

So, here is Bachelet pushing for another 5% tax on (what appears to be) employers, to give more money to the idiots that could not beat a monkey with a dartboard. The left in Chile is robbing the poor, transferring a massive amount of money to their wealthy friends in Santiago. I say it appears on the surface to be the employers footing the bill, but it will be the employees that really pay for it.

We normally give better than a 10% a year raise to our employees, and will most likely continue to do so; but, obviously how much of a raise we give will take in to account how much more money we have to pay in to the AFP system. I am sure there will be a lot of employers in Chile that will cut take-home pay to off-set the AFP payment.

So, way to go bachelet.

The other mess, is I don't see how this fixes the problem of the gray market economy and professionals. People that are contract and / or fee floating type cash workers. That is the real hole in the retirement system. House keepers, maestros, etc, that get paid in cash for most of their working life. Never mind the problem of high-end professionals that are essentially self-employed (doctors, lawyers, other professionals), even though they sit in someone else's office all day.

The only thing we got going for us, is Bachelet has not been able to get a bill through congress in a long time. With the elections in the pipeline, no one wants to be associated with her.

Something needs to be done about improving the pension system, just Bachelet is not the one to do it.
Spencer Global Chile: Legal, relocation, and Investment assistance in Chile.
For more information visit: https://www.spencerglobal.com
From USA and outside Chile dial 1-917-727-5985 (U.S.), in Chile dial 65 2 42 1024 or by cell 747 97974.
Top

Well recent polls are making the election look tight so far, but still think the lead is with Pinera.

I just have this sense that Guillier is caught between two bad options. Either completely separate himself from Bachelet and the core left that everyone love's to hate right now, or turn hard left in to the failed policies of Bachelet to pick-up those traditional left voting supporters and loose any center right support he might have. Pinera just needs to stay center right, and pick-up a few the disillusioned center left voters along the way.

So far Guillier is pretty none-committal about exactly where he stands on anything. Which, probably the right play for now.
Spencer Global Chile: Legal, relocation, and Investment assistance in Chile.
For more information visit: https://www.spencerglobal.com
From USA and outside Chile dial 1-917-727-5985 (U.S.), in Chile dial 65 2 42 1024 or by cell 747 97974.
Top

Meanwhile the Economist published a stretch on parallels between political history of Chile and Spain:
http://www.economist.com/news/americas/ ... ish-mirror
Top

Space Cat wrote:Meanwhile the Economist published a stretch on parallels between political history of Chile and Spain:
http://www.economist.com/news/americas/ ... ish-mirror

yea, I just read that this morning. Pretty stretchy loose attempt at drawing parallels, especially considering Spain gave up a lot of its sovereignty through to the euro and EU membership. In fact, that is about as an arbitrary analogy as trying to draw political lessons for Chile based on the mating habits of penguins. yea, you can do it; but, it does not mean it is a good one.
Spencer Global Chile: Legal, relocation, and Investment assistance in Chile.
For more information visit: https://www.spencerglobal.com
From USA and outside Chile dial 1-917-727-5985 (U.S.), in Chile dial 65 2 42 1024 or by cell 747 97974.
Top

Charles, it looks like your forecast of new generation voters kicking out the old lefties just started getting real. Probably not during this election but this is a great start. 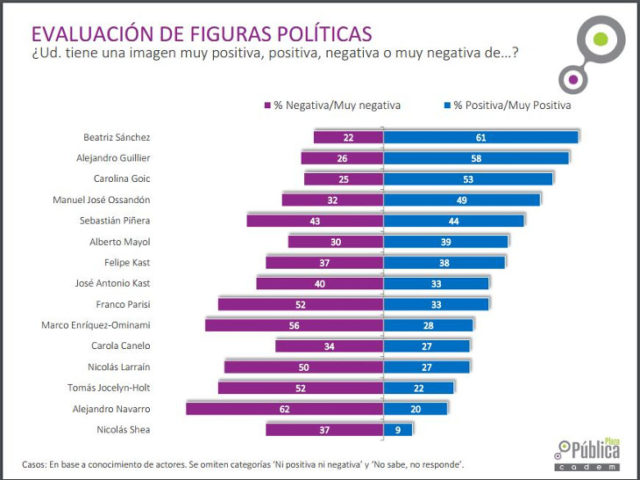 I have a some french friends in Chile, that are moving back to Europe. They are moving to Spain. They said they don't want to live in the mess that is France, between the politics, security situation, elections, high costs of living, etc.

I told them it could be worse. You could have to live in the States. I just had a friend that has been in Chile since before Trump was elected, and is now headed back to the States. He is not fan of Trump, but he said something funny, "It is one thing to know trump is president of the United States, it is another thing to have to live in the United States while Trump is president".
Spencer Global Chile: Legal, relocation, and Investment assistance in Chile.
For more information visit: https://www.spencerglobal.com
From USA and outside Chile dial 1-917-727-5985 (U.S.), in Chile dial 65 2 42 1024 or by cell 747 97974.
Top

And the establishment reacted instantly. xP

Return to “Living in Chile”